No Comments on The Oil-Rich Middle East Is Also Sun Rich, And Now It’s Pushing Solar HardPosted in News By Sara SchwandtPosted on January 20, 2017March 2, 2019

As oil revenues dry up, can Arab countries replace one abundant energy source with another?

Is it possible that Saudi Arabia is more forward-thinking than the U.S. when it comes to the end of oil, and sustainable alternatives? The answer is, incredibly, maybe. The oil-rich countries of the Middle East and North Africa are switching to solar in a big way. And why not? After all, once the oil runs out, their greatest natural resource might be sunlight.

Electricity demand in the Middle East is rising, and instead of burning oil to satisfy it, countries are turning to solar. And they’re doing it on a scale large enough to bring prices tumbling. Last year, for instance, Dubai achieved 5.85 U.S. cents per kWh, against a market average of 9 cents. In Jordan, bids for projects were coming in as low as 6.13 cents. According to the report Middle East Solar Outlook for 2016, the United Arab Emirates the solar leader: Dubai plans to get 7% of its power from solar by 2020, which doesn’t seem like much, but the plan accelerates fast, with targets for 25% by 2030 and 75% by 2050. To get there, Dubai will make PV solar mandatory on rooftops. 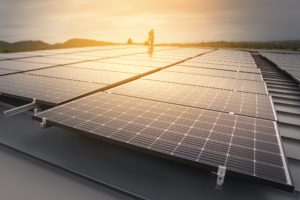 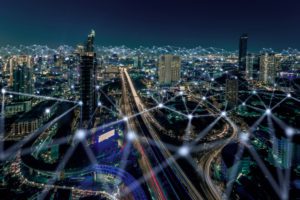 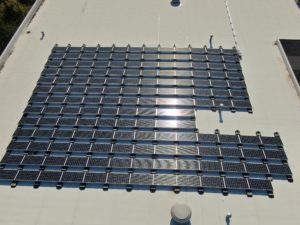